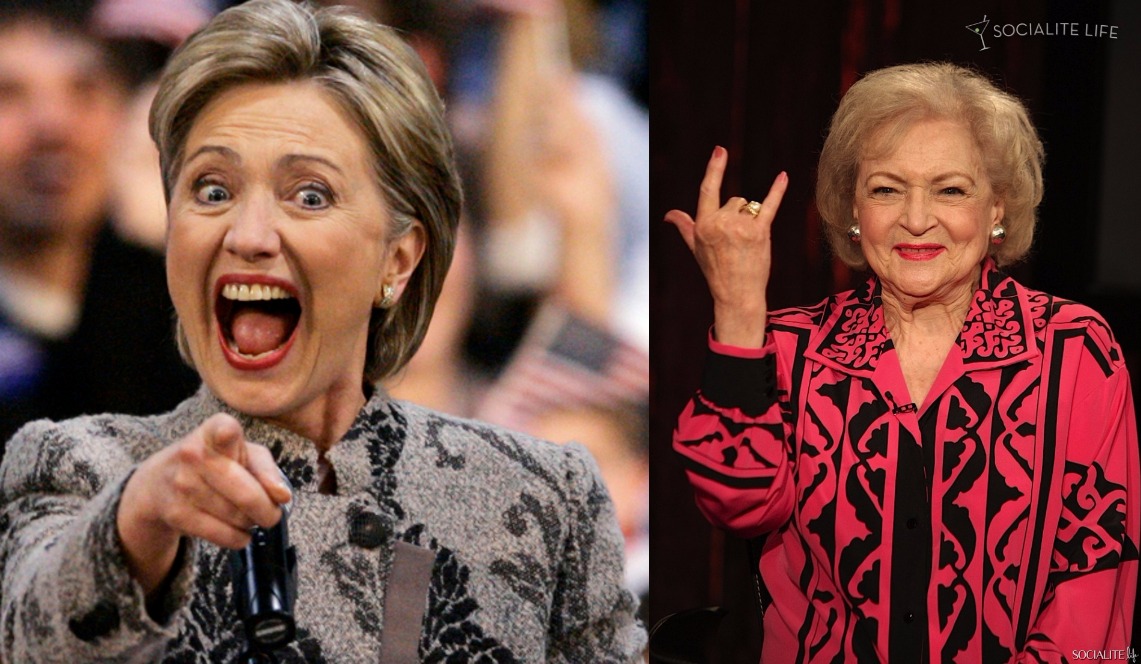 The battle of the well tailored Chanel suit.

Hillary is the well known wife of Bill Clinton (no, they did not have sexual relations) and current headliner for the Democratic vote. Hillary was a successful lawyer and first lady prior to hitting office as a New York Senator in 2001 at the age of 53. She’s actually running for President at the age of 67 (President + SSI benefits??).

Betty is an actress best known for her comedic talents. Personally, I applaude her for her health – she is 93 and can joke better than most of us here. Betty is best known for her roles in The Mary Tyler Moore Show, Golden Girls, and recently Hot in Cleveland.

Am I the only one who sees the resemblance????

Now the question lies, WHO WOULD WIN THE PRESIDENCY?

They both get Bill lovin’

In 2013, Bill came out endorsing Betty for 2016 and crediting her as the candidate that can bring together our nation. He cited her lengthy experience, stretching from OG George Washington all the way to Obama.

And in terms of Bill for Hillary, I mean, THIS is a thing 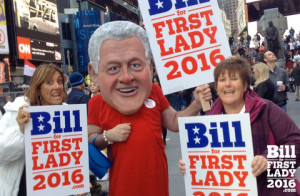 They both paved the way for women

Hillary and Betty both love them some Obama.

After avoiding the political game for all 100 years of her fame, Betty came out supporting the Obama in 2012, joining Hollywood in a George Clooney fundraiser.

Beyond the battle for the seat in 2008 and the media claims of tension, on the issues, Obama and Hillary stand in unison. They both are in favor of universal healthcare, timid foreign policy, womens rights, and more Democratic platforms.

Is dual presidency a thing??