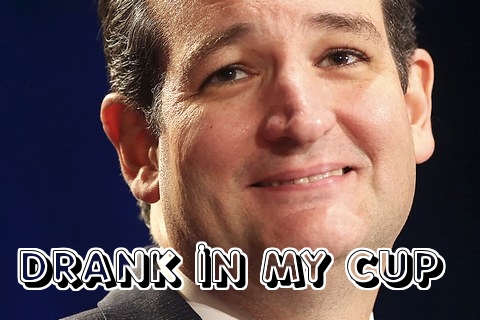 Let’s face it, this guy has to be DRUNK.

There’s no way this guy is running as President completely sober, not a chance in his version of gay-filled hell. 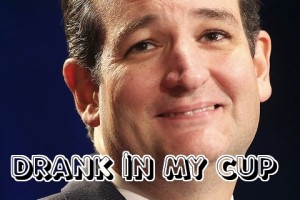 During an interview with the Texas Tribune, Cruz went on to say “global warming alarmists are the equivalent of the flat-Earthers.” (Texas Tribune)

2. During the 2013 government shut down, Cruz spoke for 21 hours in symbolic filibuster.

In his booze filled rant, he managed to compare the fight against Obamacare to the fight against Nazi Germany, he said his dad created green eggs and ham, idolized Ashton Kutcher, and called himself a cheap suit and a bad haircut.

Okay, really WHO CAN STAND FOR 21 HOURS AND TALK? Did he pee? No water? No dry mouth? THIS GUY IS DRUNK.

Maybe green eggs and ham is his version of a breakfast burrtio hangover cure?

3. He is an anti-immigrant immigrant.

Cruz is public about his anti-amnesty claims, basically saying he would rather the children of illegal immigrants go home and reapply for citizenship than be granted education.

Sure 11 year old, go get on your bike and jump back to Mexico, no school for you?

4. And he can’t even hire someone who can run a website?

If you still want to donate and you are drunk, click here.